When Marjorie “Nunie” Harrington began her journey to Miami in 1978, she hoped to bring hospice care to the Treasure Coast of Florida. If she only knew how her journey would spark a fire to bring end-of-life care to our community.

Her vision to provide hospice care ignited passion in other dedicated volunteers, like Carol Pendleton, Leta Williams, Tecla Shaw and Cecelia Furey, RN. Today, we are grateful to all of our founders who worked tirelessly to ensure our community would have access to compassionate, quality end-of-life care from a locally-based hospice provider.

During the past four decades, Treasure Coast Hospice has cared for generations of families. Thanks to the generosity of our community, we have expanded our programs and services, forged new partnerships and embraced innovations in hospice care to meet the growing needs of our community.

While our organization has grown to serve more than 4,000 patients annually, Treasure Coast Hospice remains dedicated to its mission and to the legacy of its founders: to provide holistic patient-centered care and comfort to patients and families at the end of life. 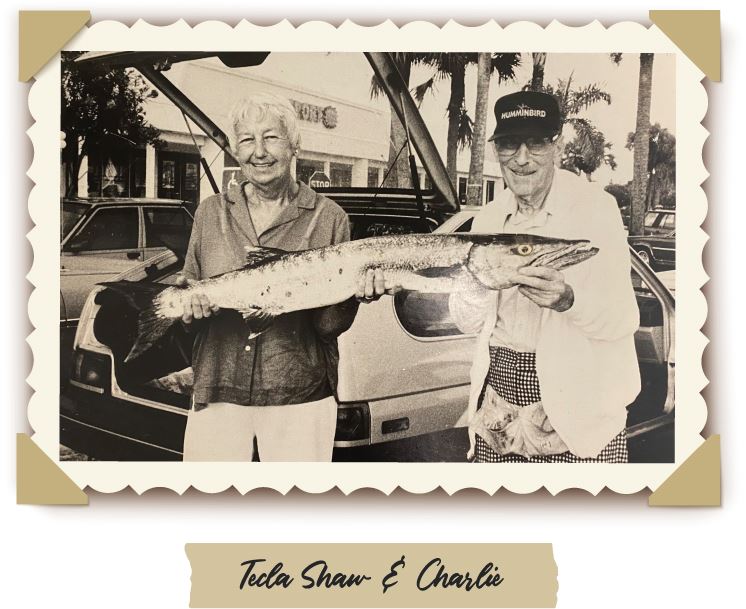 In October 1989, Tecla Shaw, one of Treasure Coast Hospice’s founders and a patient visitor volunteer, learned that one of her patients, 83-year-old-Charlie, loved fishing. Always one to encourage her patients to “get up, get out and enjoy life,” Tecla drove him to the beach. Charlie caught a 16-pound barracuda with Tecla’s help. Tecla described the fishing adventure this way: “We drove back to the TCH office to show everybody the fish. We had fun! You can’t see it in the picture, but I was soaking wet and I didn’t care.” Less than two months later, Tecla delivered the eulogy on that same beach surrounded by Charlie’s fishing buddies. 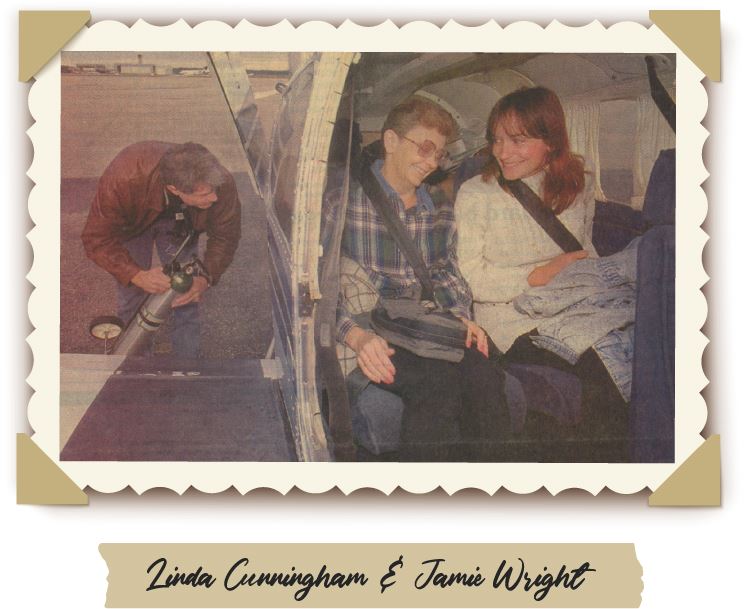 The Treasure Coast Hospice Team helped arrange a flight home to Dunbar, West Virginia for a Ft. Pierce patient who wanted to spend her last days with family members in her hometown. Treasure Coast Hospice RN Jamie Wright accompanied Linda Cunningham on the surprise flight home courtesy of AirLifeline, a nonprofit organization that transports terminally ill people thanks to the generosity of private pilots who donate their time and aircraft. 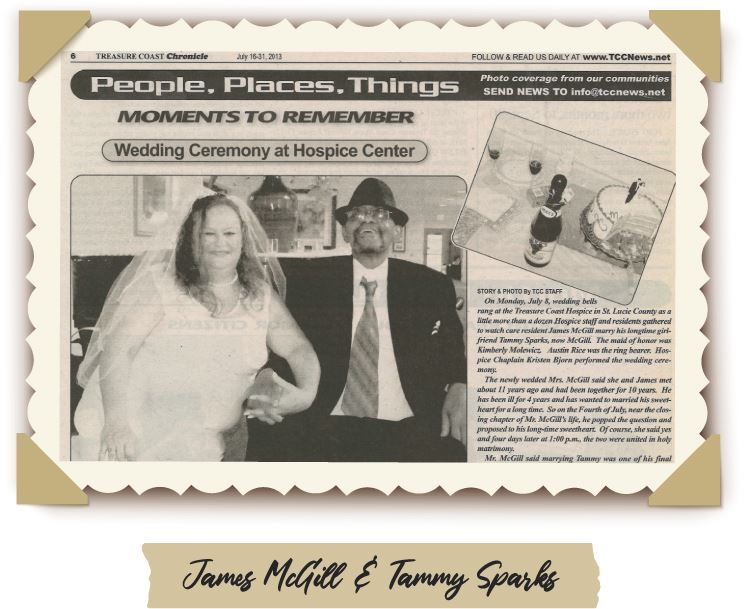 Wedding bells rang at TCH’s St. Lucie IPU on July 8, 2013, as more than a dozen staff and residents gathered to watch patient James McGill marry his longtime girlfriend Tammy Sparks. The newlyweds had met 11 years earlier but his illness kept the couple from marrying. McGill proposed to his long-time sweetheart on the 4th of July. Four days later, TCH Chaplain Kristen Bjorn performed the wedding ceremony, fulfilling one of McGill’s final wishes. As the special afternoon came to a close, McGill said “I’ve been waiting for a while to marry her and now she’s mine!” This was only one of many wedding ceremonies arranged for patients over the years.

As longtime volunteers, Mike Herbach, Eileen Emery, and Charity Ginger shared their thoughts about what Treasure Coast Hospice’s 40th Anniversary means to them. Click here to watch the videos.

1988 - Since opening, Hospice of the Treasure Coast helps 500 patients.

2019 - Newly renovated St. Lucie Inpatient Unit dedicated as The Lynch Pavilion to honor the wishes of an anonymous donor who left a generous bequest.

2022 – Treasure Coast Hospice certified as Great Place to Work for the third year in a row.